Performance project during the program "Viertel Kilometer" by Brunnenpassage Wien

During an artist-residency in Vienna in march 2011, Marcel Schwald and Andreas Liebmann took lessons in all the languages which were spoken within 250 meters of their studio. (…)

In their studio they organized public language courses whose teachers were the people whom they met on the street, in shops or on various occasions. Turkish, Punjab, Zazaki, Pashto, Italian, Bosnian/Serbian/Croatian, Spanish, Vietnamese, Bulgarian, Hebrew, Russian, Farsi, Polish, Albanian, Palestinian as well as Egyptian Arabic – besides that they held trans-alphabetic calligraphy lessons in public space. We learned the language of passers-by, who then also started to teach each other what they knew and to correct each other. At the end of the four-week performance, we presented a “Best of Languages” at the Brunnenpassage with films, performance and interaction.

A production by Brunnenpassage Wien 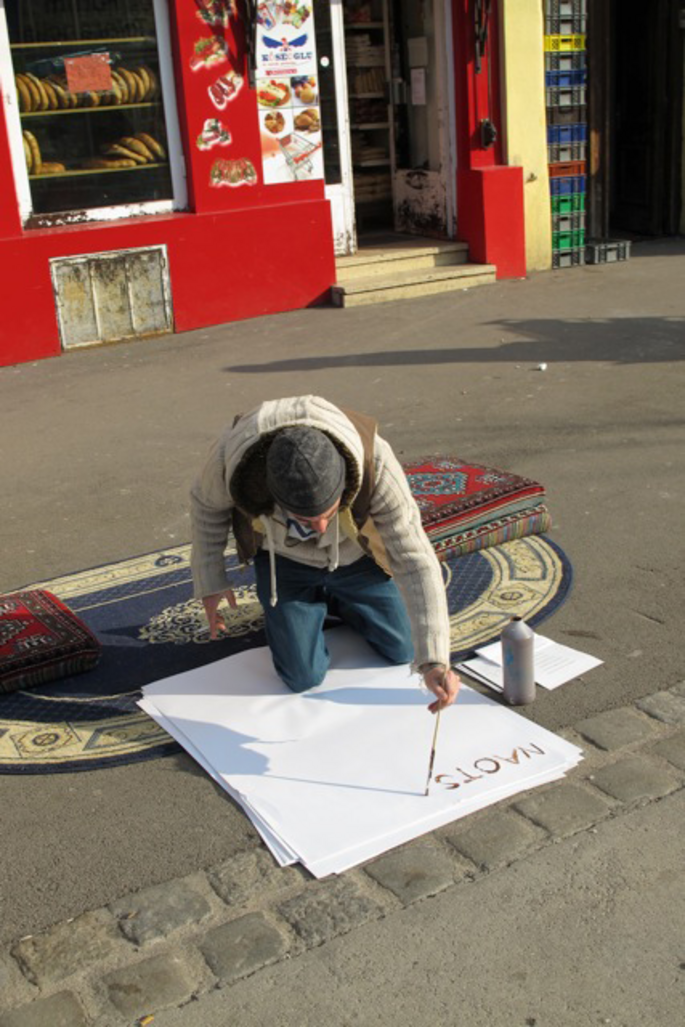 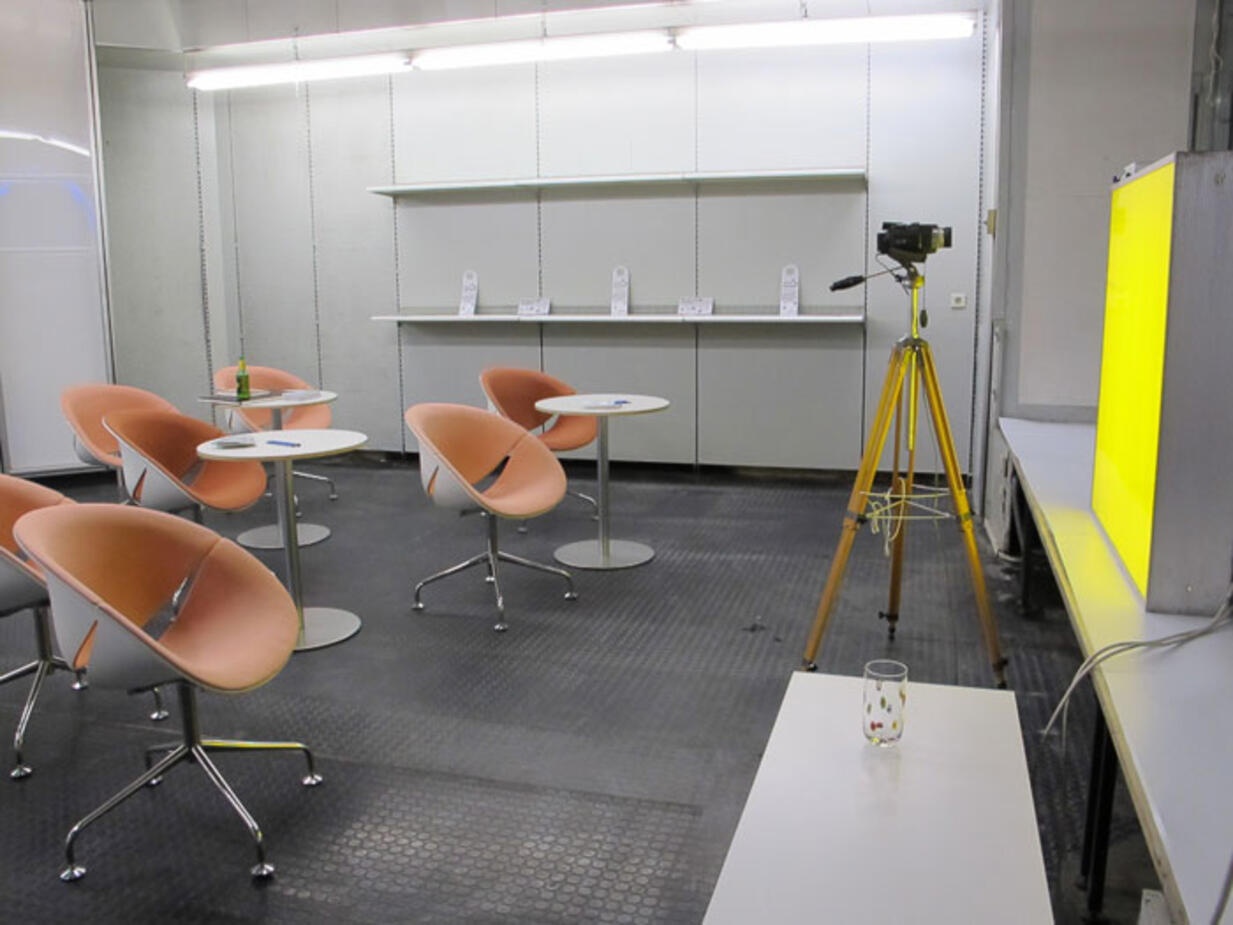 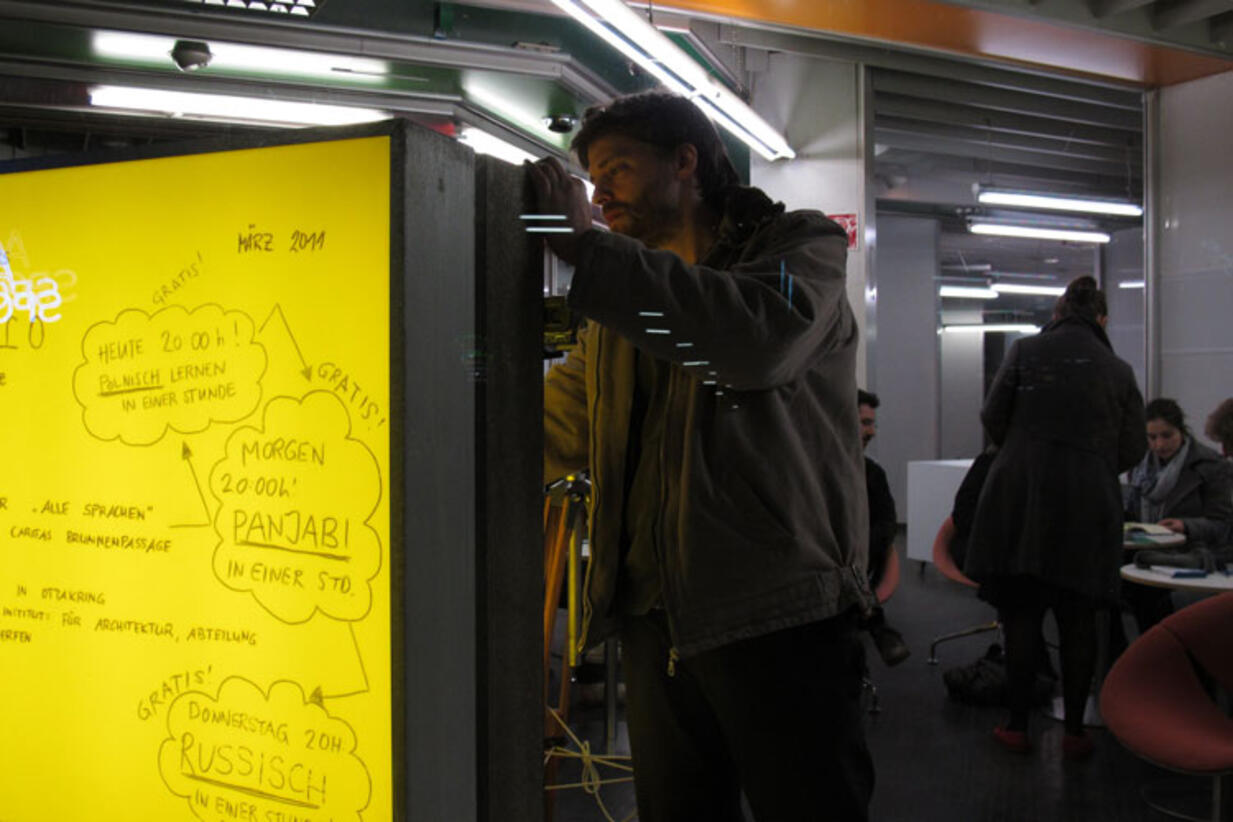 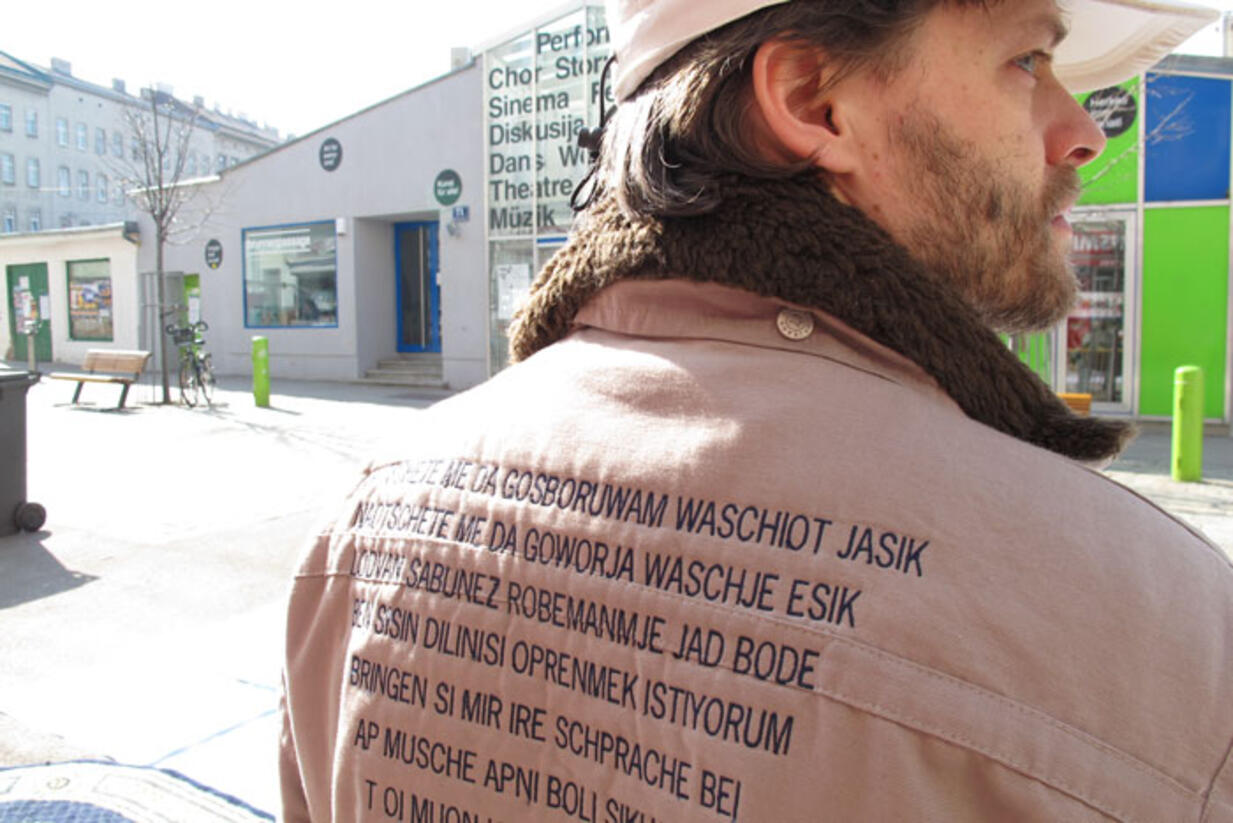